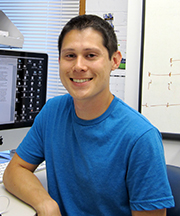 A retrospective analysis by U.S. Center for Disease Control has found the rate of hospitalization of those with sepsis more than doubled from 2000 to 2008 and multiple studies have concluded that those who survive a septic episode have an increased risk of death years afterwards. My current research interest is to study the effects that polymicrobial sepsis has on adaptive immunity, specifically primary memory CD8+ T cells. Memory CD8+ T cells provide a protective advantage by clearing an infection faster, when compared to naïve CD8+ T cells specific for the same pathogen. The results of my experiments could have major implications to vaccination strategies for those who undergo this potentially life-threatening medical condition.